I started university a couple of weeks after term had started. And so, I actually missed some vital lectures concerning the assignments. This was because I wasn’t sure if I would get into the course I was applying for due to my prior graduate level. I hadn’t really worked hard for my last degree. It was a struggle and to be honest I hated the course but needed to graduate. I’d started it years ago. What you may not know is that I was accepted into Coventry University for my undergrad over 10 years ago, but I regrettably and stupidly declined my spot and decided to go to Wolverhampton University instead. I hated the location. I hated the course and the tutoring. I didn’t gel with my peers so I kind off stopped going. I was kicked out I guess, and I took a year off.

I then decided to finish my degree through the Open University. It took me a further 5 years to graduate. This is because I struggled to self teach and had no joy in learning. I was doing my degree to graduate. I’d lost my passion for all things. Part of this was due to my poor mental health. I hadn’t realised I was depressed until 5 years ago but once I was diagnosed it all made sense. Unfortunately, it took a further 5 years to get the medication that was effective. And a few months of therapy.

I initially applied to Manchester Metropolitan University to do my Post Graduate degree in Creative Writing, because they were one of the only ones who would accept me based on a writing sample rather than my degree. So, it was the only university I applied to. I was rejected, but not defeated. So I decided to reach out to other universities. Coventry had a January start date for Professional Creative Writing, so I bit the bullet and applied and cited my previous experience as a writer. I didn’t expect to get in for a January 2021 start. But a mere week later I was accepted and ecstatic.

I felt I’d come full circle because initially Coventry accepted me, and I regrettably declined, and now, they were giving me another shot. I was thrown because it was so unexpected but it meant I had to rush my Student Finance Application and arrange time to attend lectures with work. I ended up starting two weeks after the start date.

I was thrown into the thick of things and when I initially started, I was very focussed on a specific end goal. It had always been my goal to be able to write a Crime Novel. Just a week earlier I wrote something based on a horror prompt. It wasn’t my best work and I think I rushed it a little, but my friends were sufficiently creeped out and wanted to read more so I was bolstered.

I’ve always loved reading and watching Crime. However, I then had a lecture a few weeks in with Steffan, who was one of my tutors and I didn’t think I’d enjoy it at all since it was about Sci-Fi and never in my life had I been interested in Sci-Fi. I’d only just managed to watch Star Wars last year. However, we were given a task to write about an issue close to our hearts and after the feedback I got, I deviated from my crime goal and realised I could write about other things because I had imagination. I had the story in my mind. I was ready to submit it for my assignment once I finished writing it.

But then what happened was a lecture with Crime Writer Nick Walker. Before the lecture I spoke to my brother and said I feel like I may be swayed back to crime writing. Even though I had already done a third of my assignment on contemporary Sci-Fi. Nick had previously done a lecture for us but at that time I had a hospital appointment so missed the bulk of the lecture. 20 minutes into the lecture I did a complete 360 and ended up determined to write my Crime Novel.

I think what the best thing about these lectures has been, as writers we become so focussed on something that interests us, even as readers we get so caught up in trying to read the same kind of items. I do it myself. Crime fiction is easily my go to and when I find a writer whose writing I love, I do try and devour whatever I can that they have written.

I do sometimes struggle to read certain writers because I can’t cope with their writing style. I’m not sure if its because the subject matter doesn’t interest me or if it is their writing style that I don’t particularly like. There have only been two books I’ve picked up and begun reading but have been unable to actually finish in my life. These are very well-known books by world renowned authors. One is ‘The Kite Runner’ by Khaled Hosseini and the other is ‘The Fellowship of the Ring’ by J.R.R Tolkein.

Steffan also set us a pre lecture task about fantasy during week 4 where he challenged to use Campbells theory of the path of a hero and set up a fantasy world but having them operate in a grey area. This was a revelation to me because I’d never considered writing fantasy even though I have previously read it. However, it gave me an idea for a novel which I will eventually write but at the moment it’s in the planning stages. This is because I feel as a writer it will cause a lot of backlash for me and I will probably get a LOT of hate for what I write. It will be classed as fantasy but it will have a religious element to it so I guess it will be more cross genre fiction. I thought before I write it, I’d like to already be established as a writer who is celebrated before I receive all the hate. I must look at the bigger picture.

What these lectures have done for me is to open me up to writing other things and also reading other things, perhaps evening watching other things. They have shown me I don’t have to be so focused on one genre that I neglect other genres. That I am able to write in other forms and create a story that others and myself can still enjoy as long as my imagination is used and I work hard to produce the BEST type of story.

If you read my last post you may remember that I’m trying to challenge myself and have attempted to write some poetry for two different anthologies that are currently in the works. Like I’ve said previously, I definitely didn’t see myself as a Poet although I do enjoy some of Shakespeare’s sonnets. I find I resonate more with lyrics. But technically lyrics are a type of Poetry. The only difference is the music and the fact the words are sung rather than spoken. I’ve come to the conclusion that I really do love writing. I really am Born to Write.

I really do enjoy University now. I love my course. I love my little writers group. And I’m loving the lectures and Guest Lectures. Going back to University is one of the best decisions I’ve made in forever and I don’t think I’ll regret it at all. In fact, I’m toying with the idea of doing a PhD once I graduate. 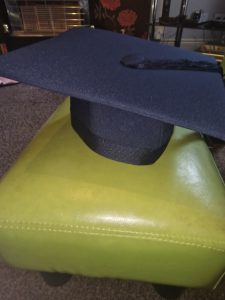 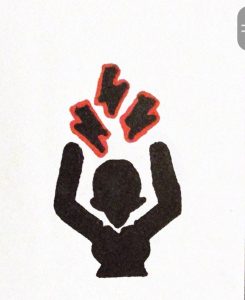 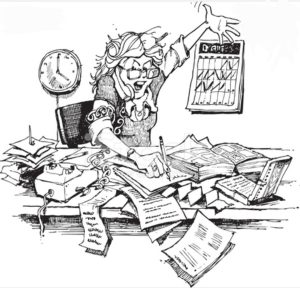